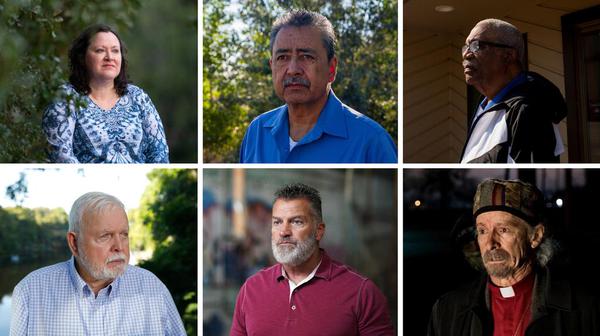 I spoke with 26 current and former workers who were collectively involved with more than 200 executions across 17 states and the federal death chamber. They were executioners, lawyers, correctional officers, prison spokespeople, wardens, corrections leaders, a researcher, a doctor, an engineer, a journalist and a nurse. Many shared their names and stories publicly for the first time. And though most of them reported suffering serious mental and physical repercussions, only one person said they received any psychological support from the government to help them cope. The experience was enough to shift many of their perspectives on capital punishment. No one I spoke with whose work required them to witness executions in Virginia, Nevada, Florida, California, Ohio, South Carolina, Arizona, Nebraska, Texas, Alabama, Oregon, South Dakota or Indiana expressed support for the death penalty afterward, NPR found. 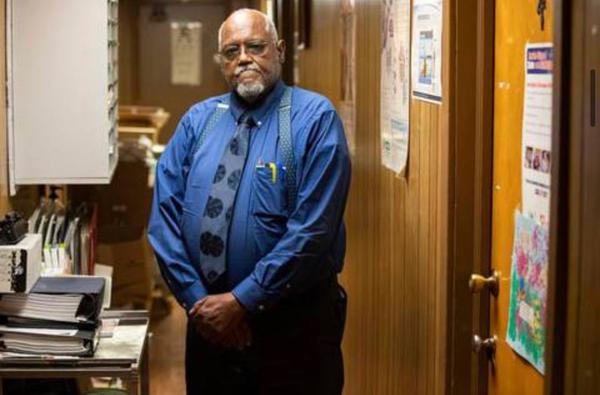 The death chamber doctor’s dilemma: A physician in South Carolina breaks his silence

Until the second he saw the warden escort James Terry Roach into South Carolina’s death chamber, the prison doctor’s job had been to keep the man alive. Dr. Green Neal has kept his execution experience secret for 37 years. But in March, the South Carolina Department of Corrections announced it was ready to start shooting the condemned to death with a firing squad — and that a doctor’s presence would again be required in the chamber. I spoke to Neal about his story. It is only the second time in recent history that a doctor involved in executions talks in detail about his execution role with the press. 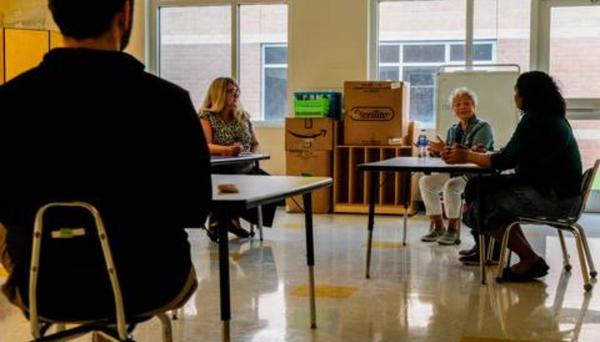 Laws require language support for students. Many SC districts are ‘exploitative’ instead

Dozens of South Carolina school districts provide unequal educational opportunities to students because of where they’re from, Lucas Smolcic Larson and I showed, after collecting data from an unprecedented survey we sent to all S.C. districts and speaking to graduates. Many districts openly admitted to using bilingual students as translators instead of hiring professionals to interpret for children whose parents don’t speak English. That’s against the law. We worked with a local Spanish language outlet to publish this article in Spanish as well as English, in order to reach as many bilingual readers as possible. 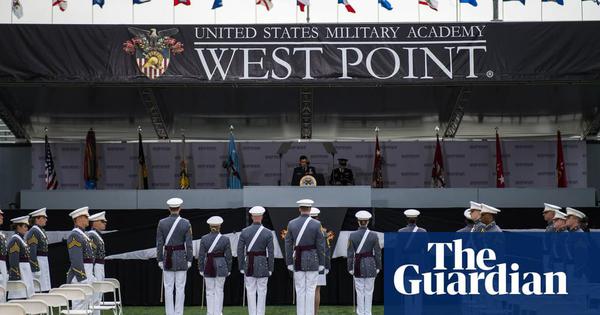 The US military trained him. Then he helped murder Berta Cáceres

My investigation for The Guardian revealed how a Honduran man who would later be convicted of helping murder environmental defender Berta Cáceres in 2016 was trained and shaped by West Point. The unprecedented look at West Point's little-known international training program raises questions about the schooling provided by the institution to generations of Central American soldiers for more than 200 years, some of whom later became involved with human rights abuses. 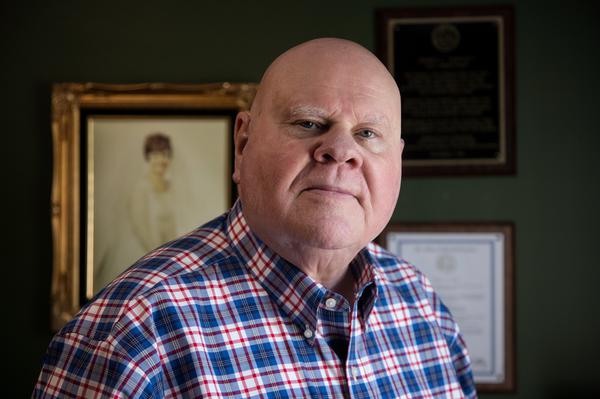 They executed people for the state of South Carolina. For some, it nearly destroyed them.

The repercussions of execution work for staff have often been left out of conversations about the death penalty, until now. Over five months, I spoke with 10 people who helped administer executions in South Carolina. The closer they and their families were to the act of killing, the more the men said their jobs caused long-term harm. This investigative feature story represents one of the most detailed, intimate portrayals of execution work in America ever published. 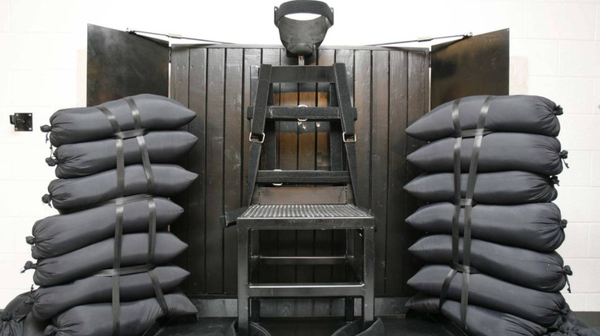 My investigation showed for the first time that shortly before state lawmakers approved the firing squad in May, the SC Department of Corrections created confidentiality agreements to suppress information from over 100 employees they said were members of the execution team. Meanwhile, additional documents I revealed showed that the state spent $53,000 on firing squad preparations, but won't reveal the names of vendors or fully describe some items they bought. And they won't provide their execution protocols at all, though most other states consider that public information. The state's secrecy around executions violates state law, media attorneys agree. It could also be a human rights violation. 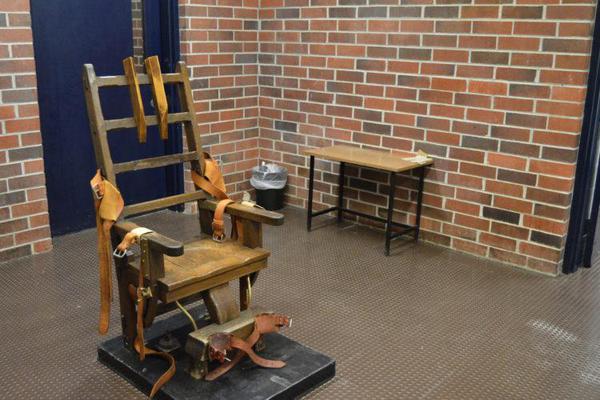 Nieman Storyboard interviewed me about my reporting and writing process, ethical considerations and lessons learned from covering the stories of execution workers in South Carolina. 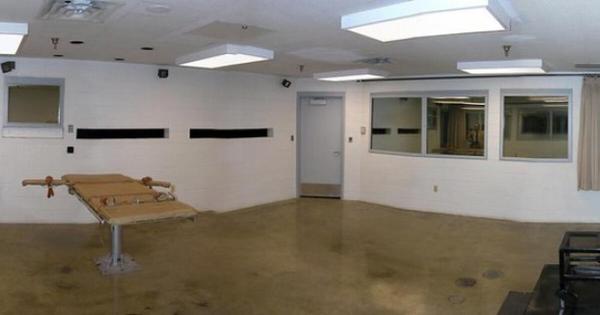 I was invited to Charlotte's WFAE radio show to discuss my reporting on firing squads, execution secrecy and executioners in South Carolina. You can listen to the interview here. 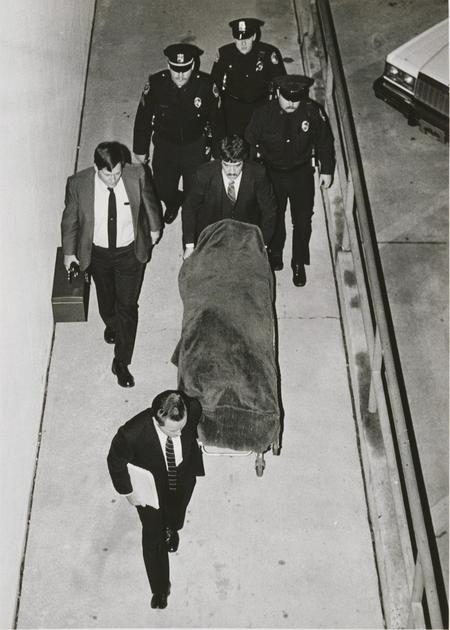 Back and forth on an autumn day in 1718, the bodies of at least 20 pirates swung from nooses in Charleston. This article reviews South Carolina's 303-year history of executions, through images and never-before-published records. 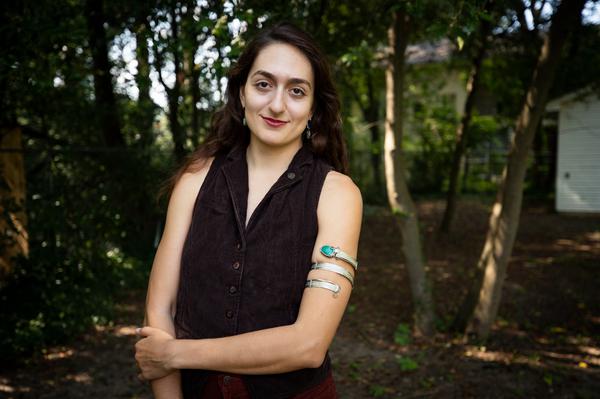 My investigative reporting for WIRED, Scientific American and The State earned second place in the 2021 Evert Clark/Seth Payne Award, a national competition for young science journalists. “Eisner’s investigation on the industrial exploitation of horseshoe crabs is a model of dogged reporting,” the Council for the Association of Science Writers wrote in the announcement of my Honorable Mention. “She won accolades for challenging a powerful company that other journalists have had trouble penetrating.” 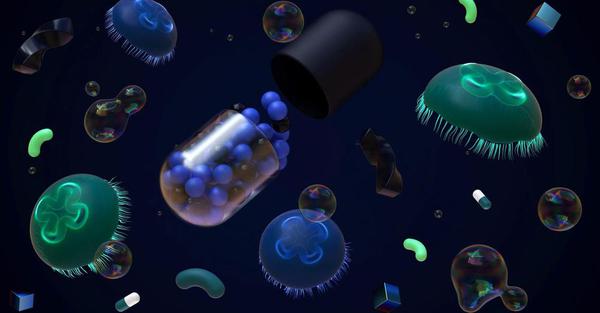 Americans Took Prevagen for Years—as the FDA Questioned Its Safety

My investigation for WIRED showed that for years, officials at the FDA questioned the basis for the claims made by the company that manufactures Prevagen, a popular supplement for brain health. Multiple FDA inspections, most of which had not been reported before, found significant issues with the manufacturing processes, complaint handling, and the quality control testing that was supposed to ensure the products were safe. And thousands of Americans have reported experiencing “adverse events” while taking Prevagen, including seizures, strokes, heart arrhythmias, chest pain, and dizziness, my reporting exposed. 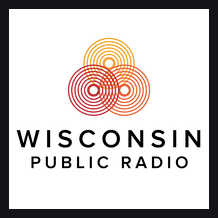 Listen: Prevagen Still On The Market In Spite Of Safety Issues

I was invited on to Wisconsin Public Radio's morning show to speak about my reporting on Prevagen, and explain why the supplement has been on the market for years in spite of serious safety concerns raised by the FDA. You can listen to the 30 minute story by following the link. 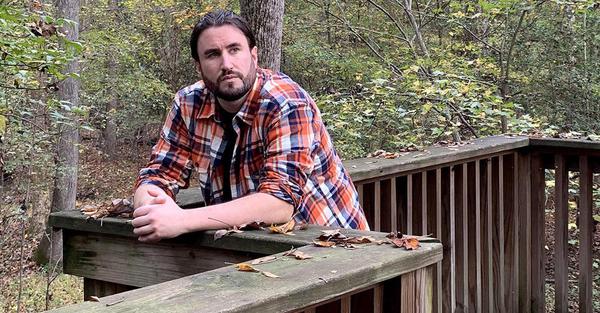 Prison Is Even Worse When You Have a Disability Like Autism

My investigation for The Marshall Project found that state officials across the country often fail to identify incarcerated people with developmental disorders, a group that faces overwhelming challenges behind bars, from bright lights to noises to social dynamics. 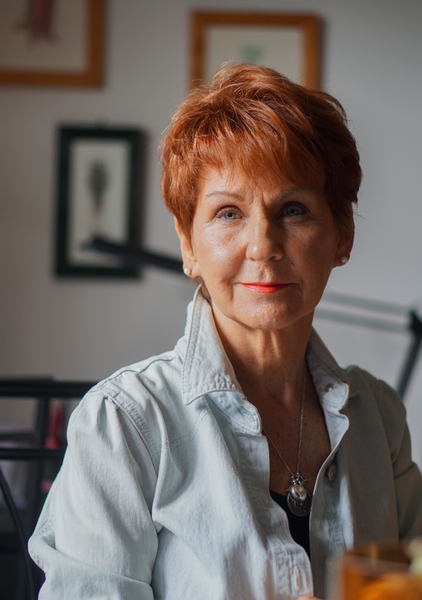 When People with Intellectual Disabilities Are Punished, Parents Pay the Price

A sex offense conviction can cost hundreds of thousands of dollars. But when the convicted is someone with an intellectual disability, who can’t understand and comply with the rules and restrictions of their sentences, it falls on the guardians to suffer the financial, social and psychological burdens of the crimes. I reported the story for The Marshall Project, and shot the photography. 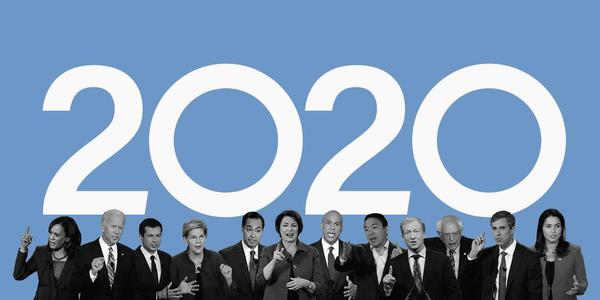 Where the Democratic Candidates Stand on Criminal Justice

The candidates vying to challenge President Trump next November want to move their party left on bail reform, marijuana, immigration and more. I contributed reporting to this multimedia piece for The Marshall Project.
Ariane Mueller 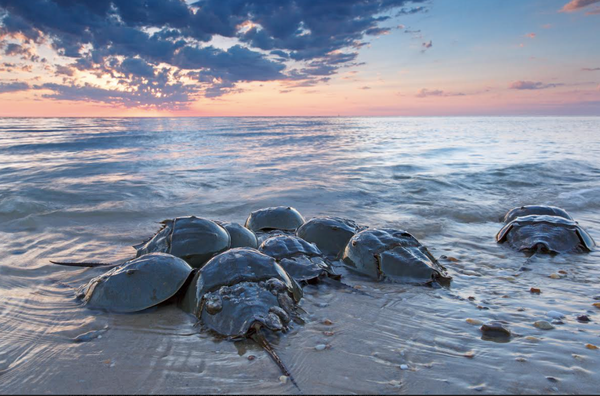 Vaccine testing is changing. Why is this $13B lab still bleeding SC horseshoe crabs?

Horseshoe crabs are at least 445 million years old and grow larger in South Carolina than almost anywhere else in America. Since their blue blood can expertly detect a potentially deadly bacterial toxin, for decades, they’ve been bled to help develop safe vaccines. But the process that can harm the animals is no longer needed, some scientists say. And the company that still bleeds the animals in the state, Charles River Laboratories, has for years presented information to the public that experts say has been misleading and sometimes inaccurate, my investigation for The State Media Co. showed.
Ariane Mueller 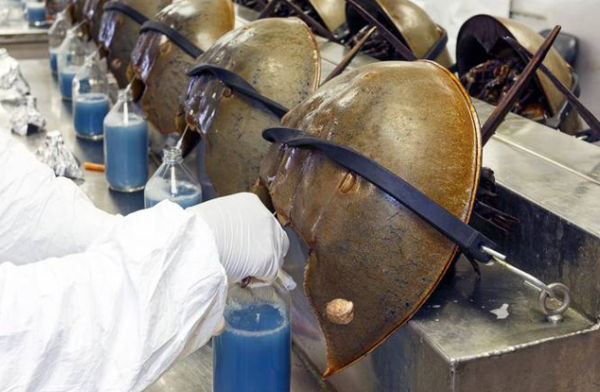 A judge banned horseshoe crab harvesting on Cape Romain, then Charles River appealed. Here’s what the lab is arguing in court, sometimes seemingly at odds with science and experts. 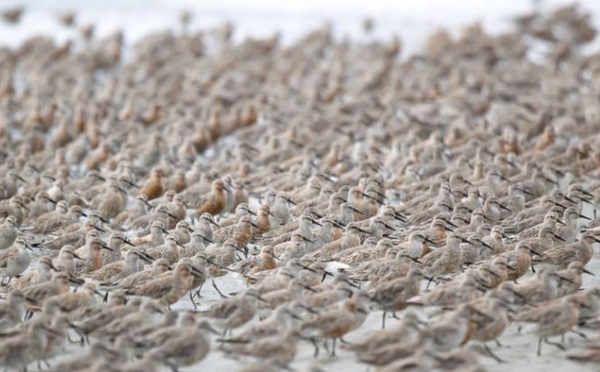 ‘The refuge is closed’: Permits to be required for Cape Romain horseshoe crab harvest

For decades, the U.S. Fish and Wildlife Service has allowed fishermen working for pharmaceutical companies to harvest horseshoe crabs from the beaches and salt marshes that make up South Carolina’s Cape Romain National Wildlife Refuge without first conducting a review of how the harvest may be damaging wildlife, or requiring that fishermen apply for permits from the federal government. But after a lawsuit challenged the practice and my investigation revealed the company responsible knew some of its harvesting there was illegal for years, the federal agency announced it would close the refuge to commercial activity in August. 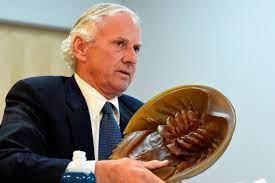 Of McMaster and marshes: Inside the $500K proposal to bleed protected SC horseshoe crabs

On Oct. 15, a lobbyist for the Massachusetts-based biomedical company worth more than $16 billion, Charles River Laboratories, sent an email to two directors of the S.C. Department of Natural Resources. Attached to it was a confidential proposal that sought an unprecedented “biomedical research license” to allow fishermen access to previously restricted harvesting locations under the state’s jurisdiction. In exchange, the company would be willing to commit up to $500,000, the document revealed, though annual saltwater fishing licenses cost no more than $35. The information was obtained by The State through open records act requests and the proposal was reported here for the first time. 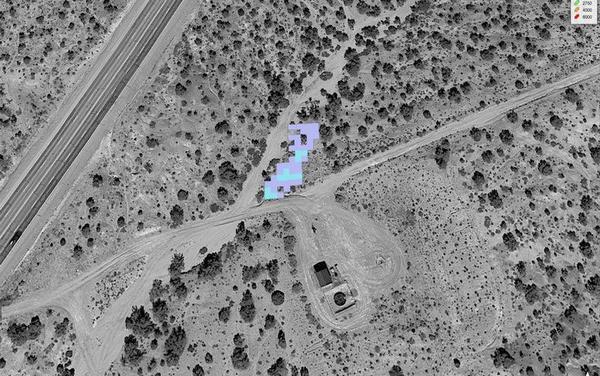 For years, oil and gas companies have been required to detect and repair methane leaks in their equipment. But scientists have produced dozens of studies over the past decade that suggest the current methods and technology used by industry to detect leaks—and by regulators to estimate how much methane is emitted—are inadequate to catch the actual scale of the problem, as my story for Scientific American shows.
Load More Articles
Close ✕